In the east, the Middle Altas range ends in folded mountains that contrast with the elevated plateaus around Azrou and Ifrane. In the winter, from any elevated spot around Fes, Bouiblane and Moussa ou Salah dominate the southeastern horizon. Behind them, looming over the upper Moulouya, Bou Naceur is even higher. Access to these mountains used to require a long and rough ride, though they are easy ascents if one approaches them right (more on this in another post.)
Directly south of Fes, just outside of Boulemane, is a third, lower peak named Tichoukt, which I think means little mountain in Berber. At 2787 meters (a little over 9,100 feet), Tichoukt is close to the town, and an easy climb, requiring nothing more than good shoes, lungs, and feet. There are remnants of a cedar forest, and the area to the east of the mountain has now received a special status as a natural area. 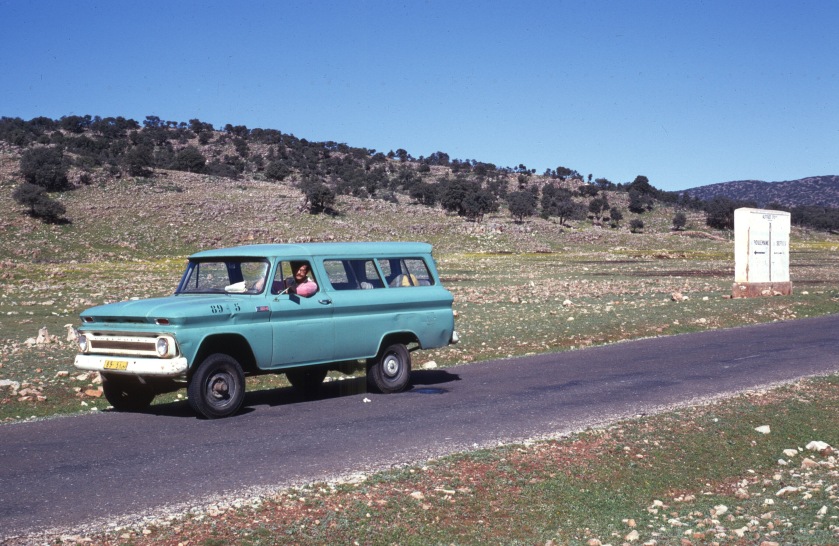 We went up to the summit of Tichoukt three times. The first climb was memorable, because the soles on my boots fell apart. I had given them to Jim Humphrey, living in Rabat at the time, to have them resoled. The shoemaker put the soles on perfectly, but the rubber was so soft that the limestone tore it to shreds. I had hardly any soles left when we returned!

Louden Kiracofe was with me, but we were disappointed by the views, which were limited by haze and clouds. We just went up the west side of the mountain, which is separated from the true summit by a little saddle.

Gaylord Barr and Karin Carter and I climbed Tichoukt in the late fall, but the best ascent was with Louden in the winter. We approached from the south side of the mountain, climbed to the saddle, and just followed the ridge to the top where there was a geodesic marker.

The mountain had snow, and the view at sunset was memorable. The snow-covered summits of Bouiblane and Bou Naceur were sandwiched between the setting sun and the clouds, in a terrific vista. 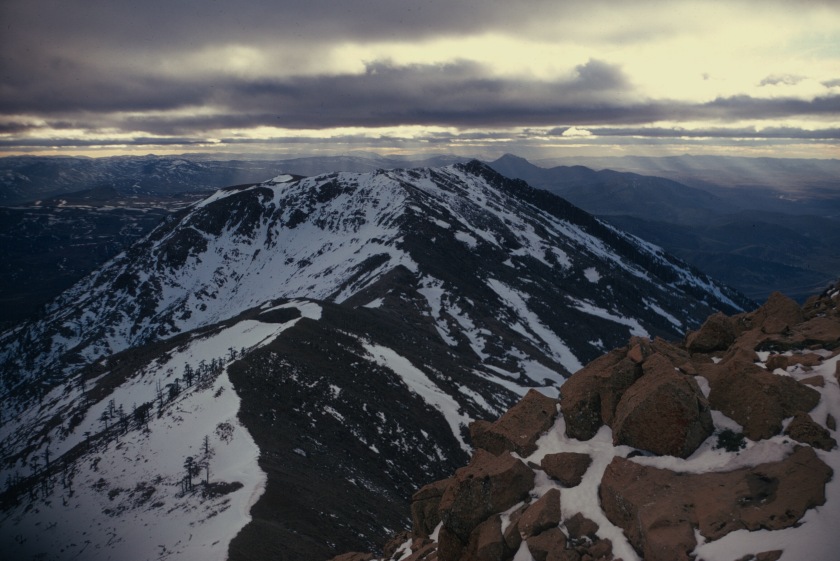