This article is about Christmas, of course, not the Prophet’s birthday, the Mouloud, which Moroccans, and most Muslims celebrate. This year the Mouloud fell in December, within a month of Christmas, which my wife and I just spent in Charlotte, North Carolina, with her brother and his wife. While there I reflected on the holidays that I spent abroad, though there have not been very many. Of them, the Christmases and Thanksgivings come to mind first, most likely because they involve iconic symbols, and childhood memories. Christmases also fall within a week of New Year’s Day, and often make up part of a larger period involving school semester breaks and intermissions, important in the lives of young people and probably producing more intense and lasting memories.

In Morocco, volunteers would often travel at Christmastime. The Moroccan calendar had all kinds of holidays, and accommodated as well as it could both Christians and Jews. Many foreigners still worked in the GOM in the sixties. If PCVs had vacation time, it enabled them to visit remoter parts of Morocco, or to go to Spain. When my cousin, who was studying in Angers, France, visited me in 1968 or 1969, I traveled with her and Gaylord Barr to Meknes, Rabat, Marrakech, and over the Atlas and across the pre-Sahara to Ouarzazate and Boulemane and Erfoud. Another time, I went to Gibraltar with administrator and volunteer friends. 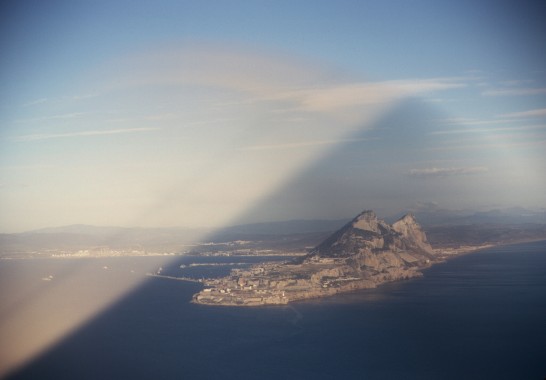 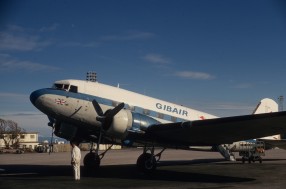 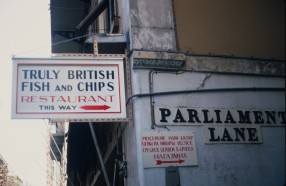 Ceuta was still another possibility for those of us in northern and eastern Morocco.

Just as often, volunteers would get together in larger centers and big cities, where they were often numerous, and have parties. Those traveling would look up friends for places to stay and for good cheer. By the time I got to Morocco, there were fewer and fewer churches, and I do not recollect any volunteers going to them to pray.

Actually the celebration of Christmas and Thanksgiving usually had little religious significance to the volunteers whom I knew. Christmas had attained an almost secular status in the United States, and was, and is today, dominated by commercial rather than religious sentiments. Recently some right-wing Republican politicians have argued that there has been a “war against Christmas” by more secular politicians in the center. They point out attempts at what they see as “political correctness” as well as a more consistent effort to keep religion and the state separated, as the Constitution requires, though they do not see it exactly that way.

There is a real argument here over all kinds of issues, and if you are very religious you may be offended. My own opinion is that though most Americans are nominally Christians, government institutions should be secular. Am I making war on Christmas? I say Merry Christmas where appropriate, attend religious services, give gifts, and assiduously attend to the customs associated with Christmas. Do I care if there is a crèche in front of City Hall? Not much. And it certainly should not be there if it offends my compatriots.

Christmas is not the central focus of Christianity. Indeed, many early American religious denominations, such as the Puritans, did not hold Christmas sacred, did not celebrate it, because they considered it a pagan holiday. After all, it aligns with the winter solstice, which was widely celebrated in pagan religions of the ancient world, and it isn’t clear exactly when Jesus was born anyway. The real essence of Christianity, all true Christians would agree, is in the death of Jesus and his resurrection as the Christ, and the redemption of the sins of mankind by his death on the cross. Indeed, these very beliefs set off Christianity from Judaism and Islam. Though most Jews believe Jesus existed, and all Muslims revere him as a prophet the message of Judaism and Islam is elsewhere.

Christmas retains its religious significance for many, but in the United States today, as in the United States 50 years ago, Christmas is largely a children’s holiday involving family get-togethers, food, and, above all, gifts. I came from an Italian family, and my Aunt Mary and Uncle Bill would follow a Sicilian custom, though their ancestors did not come from Sicily, and serve guests a Christmas Eve dinner where seven different kinds of fish were offered. Those who were observan often fasted until after they attended Midnight Mass. Then one could eat and open presents, while relatives and friends talked and drank and often played cards.

The social aspects of religious holidays are so important, not just to Christians, but to Muslims and Jews as well as adherents of other faiths. I remember with fondness the kindness of Muslim friends and neighbors, who invited me to their homes for all the major feasts. Indeed, I think I looked forward to Muslim holidays as much as my Moroccan friends!

As a volunteer in the sixties, celebration of Thanksgiving and Christmas was dependent on mood and who was around or would be visiting. The first Christmas, having moved into the house in Seti Messaouda, Gaylord and I actually dragged a 12-foot cedar up the winding stairway and into the courtyard (where it touched the ceiling), and decorated it with homemade ornaments and garlands. The popcorn strung together in garlands eventually got stale and the hanging tangerines mildewed, and our Moroccan friends probably thought we were nuts or idolators. Only the cat really enjoyed the tree, climbing in the branches, and, there were no more trees after that.There were no religious celebrations, and I don’t remember exchanging gifts, either.

There was also a Thanksgiving or two when we cooked a turkey. One took place in 1970, when a couple of female volunteers, Ruth and Jan, were then teaching English in Sefrou. They lived next door in the house of the Hadja, a widow, so there was, with Jan’s boyfriend, a critical mass of Americans. Seti Messaouda for a while had a small American quarter within it, just within the gate. We invited friends, Moroccan and volunteers, and tried our best to put together a traditional Thanksgiving meal. Two ingredients were difficult or impossible to come by: cranberries were nonexistent and the turkey posed a problem. With more foresight we could have probably got the cranberries through someone we knew with PX privileges at the base in Kenitra.

Turkeys were a different matter. Turkeys were not common in Morocco. They are not part of traditional cuisine. They are harder to raise than chickens and less hardy. Where I lived, they were known as bibi, though in the former Spanish zone they were often called by the Spanish name, el pavo (from the tail, perhaps, as a peacock is el pavo real.) Turkeys have various names in the languages of the world. A late import from America, part of the Colombian exchange, the English named the birds after the country of Turkey. They were exotic beasts that merited an exotic name. In France, India was apparently more exotic as the birds were said to came from India. D’Inde became dinde eventually.

Whatever turkeys were called, they were not common. In Sefrou we were able to get one relatively easily, maybe from Fes, but, later, living in Chauen, I had to scour the countryside, driving to Ouazzane to find one.

Roasting the turkey also proved difficult. We had no oven, and, even if we had had one, it probably couldn’t have contained a large turkey. We decided to cook our turkey in the neighborhood ferran, the communal oven, where Khadija baked our bread daily. We always has a Muslim man kill animals for us so the meat was halal. The recipe called for basting it every twenty minutes with butter. After a couple of hours, the baker, the mul el ferran, said safi, enough is enough. The ferran was busy and it wasn’t helping his business to keep opening the oven and taking the turkey out. Luckily, with the hot temperature of the bread oven, the turkey was properly done, crispy and cooked through.

And so we ate turkey with stuffing, mashed potatoes and gravy, green beans, and other dishes, and celebrated our American holiday with Moroccan friends. And what was left over, and there was a lot of it, went to the poor outside the main mosque, where excess food often went if Khadija didn’t take it all home.

David Brooks is a retired school teacher and urban planner. Jim Erickson, a fellow Morocco X volunteer and longtime friend, is also a retired teacher, and a professional translator and copy editor.